Steve has been in the Insurance and Financial Services Industry for over thirty years at both the agency and company levels. Steve recruited Chartwell to Pinnacle Insurance and Financial Services in 2017, and through his relationship with both entities, Steve has been recognized as a consistent top producing general agent by wire houses and in the top 10% (out of 170) of all Sales Vice Presidents with Pinnacle’s marketing organization. Steve's expertise is in Estate Planning, Business Succession, and Retirement Plans. He is particularly proficient in Estate Planning and Wealth Transfer techniques in the senior marketplace. Steve was a Regional Director for The Fortis Financial Group and Manulife Financial. His responsibilities with Manulife and Fortis were to develop, maintain, and grow relationships with Insurance Agents, Banks, and Stockbrokers in a seven state area. Prior to his time at Manulife and Fortis, he had a successful career as a producer with a large Independent Insurance Agency.

A native of Lynchburg, Virginia, Steve is a Graduate of Virginia Episcopal School and received a BA in Government and Foreign Affairs from Hampden - Sydney College.

Marketing Director
Brick has enjoyed a successful 35 year career in the real estate business, where he proved to be a top salesman and an outstanding and innovative marketing director. He recently has brought these sales and marketing skills to Chartwell. Brick is a graduate of Woodberry Forest School in Orange, Virginia and the University of Virginia where he majored in English. Brick has two children, Stuart and Lucy Gordon and is a member of St. Paul’s Episcopal Church in Richmond. 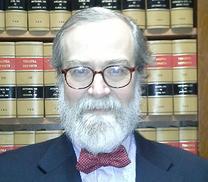 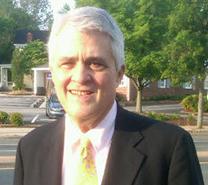 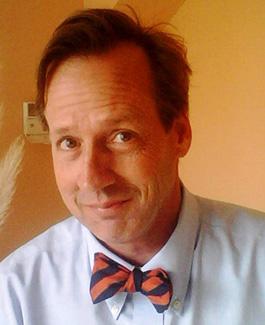 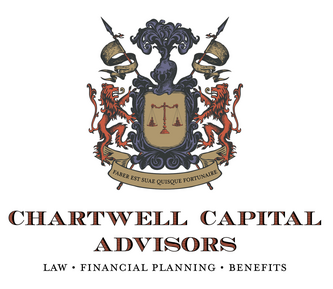 Planning for the invasion of France was important, but so is your family. With over a century of combined experience... 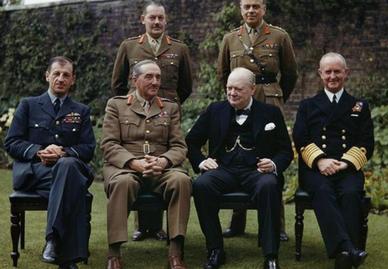 Manager San Diego Office
Upon graduation from Trinity Episcopal High School in 2008, Coleman entered the United States Army and graduated from Combat Engineering School at Fort Leonard Wood, Missouri in December 2008. For the next four years, Coleman attended the University of Mississippi in Oxford, and was a member of the Mississippi National Guard while studying liberal arts. He is licensed to sell insurance products and recently opened up our San Diego office where Coleman is helping to build our California presence.

Coleman enjoys reading historical novels, English literature, and writing short stories based on his “life experiences.” He is an accomplished surfer, and can often be spotted along Mission Beach catching waves at sunrise before heading to work. 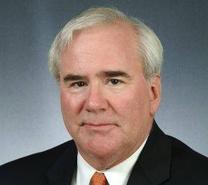 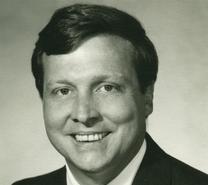 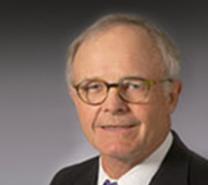 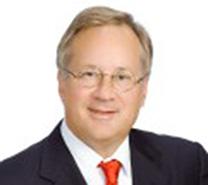 Richard Knapp is an attorney whose extensive business background allows Richard to “think like a business owner” when managing legal services for clients. In 1979, after practicing law for three years, Richard bought a wholesale heating and air conditioning firm with offices and warehouses in Richmond, Roanoke, and Norfolk, Virginia. In 1981, he bought and operated a sheet metal manufacturing company in Suffolk, Virginia. In 1983, Richard bought and operated a specialized food manufacturing company in Richmond. The companies were “turned around” and sold, allowing Richard to return to practicing law in 1998, where he has concentrated in corporate and business law, residential and commercial real estate development, estate planning and commercial litigation. He has advised clients on asset transactions, stock sales, asset protection, contracts, employment law and wealth management estate issues. Richard has closed real setae transactions of over $100 million and is an expert on managing legal costs in complex transactions.

Richard is a 1972 graduate of Washington and Lee University and a 1976 graduate of William and Mary Law School. He enjoys spending time in the Northern Neck of Virginia where he maintains a home on the Rappahannock River.

Will has enjoyed a long and enriching career in the life insurance and employee benefits industry. Will is a Hanover County, Virginia native, a graduate of St. Christopher’s School and Washington and Lee University. After serving as an officer in the United States Coast Guard, Will completed Executive Management Studies at the Tuck School of Business at Dartmouth College in Hanover, New Hampshire. From 1966 through 2009, Will owned and managed several of the largest Mass Mutual in 2001. Will specializes in complex estate planning and employee benefits issues, including business succession plans. Will has won numbers professional awards and has served on and or been Chairman of a litany of civic and professional organizations. Will is married to the former Paula Rousch of Baltimore and is the father of three children, two step-children, and eight grandchildren. Will is an avid history buff, enthusiastic sports fan, and enjoys spending time at his family’s farm in Hanover. 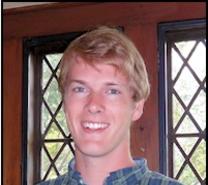 Alec is a Senior Vice President with C.B. Richard Ellis, concentrating in Global Corporate Services. He has thirty years of experience in real estate with emphasis on commercial sales, leasing, consulting and development. Alex was President and CEO of Virginia Landmark. His principal activity for the last fifteen years has been tenant/Buyer representation as well as a continuing involvement in commercial sales activities.

Alex has completed over 350 transactions totaling over 3,500,000 square feet. These leases and acquisitions on behalf of clients have included corporate headquarters, state and metropolitan area agencies and several non-profit organizations spanning national, regional and local firms.

Rob Smith is a lawyer with a very entrepreneurial business background. He has invested in and owned a number of diverse operating concerns; including wholesale distribution facilities, a chain of restaurants, convenience and gas stations; manufacturing, construction, technology and retail oriented businesses. As managing partner of Chartwell, he has provided investment banking services for a diverse national and international clientele which includes: cigarette manufacturers, a worldwide military parts distributor, a hedge fund start-up, a retail chain of hair salons, mining companies, lumber and wood products industries, furniture manufacturers, a hydro-electric plant, Mexican maquiladora operations and various software and technology entities.

As a lawyer, he has won cases at the Virginia Supreme Court and the 4th Circuit Court of Appeals. He is an outspoken proponent of property rights and has won a number of major rezoning cases. Rob thrives on finding practical solutions to complex legal issues. Rob’s firm Robert C. Smith, PLC co-counsels legal work with many other lawyers and firms, allowing Rob to use his business expertise to manage legal work and to share his “real world” experiences with clients. Chartwell originated as a small boutique investment bank. Under Rob’s leadership, it has grown and its focus has shifted to providing professional and financial services to wealthy clients and businesses.

Rob is a native of the Northern Neck of Virginia. He obtained his Bachelor of Arts degree from the University of Virginia, where he majored in history and minored in government. Rob attended graduate school at Emmanuel College, Cambridge University, Cambridge, England. He received his law degree from the University of Richmond Law School. He was admitted to practice law in Virginia and the federal courts in 1985 and is also admitted to practice law in the United States Bankruptcy Court. Rob holds various licenses to sell insurance, real estate, and investments, and has held a Class A Virginia Contractor’s license. Rob enjoys teaching a class at the University of Richmond in Human Nature, History and Economics, as well as teaching a class on the History of the American South.  He is the father of three children, Ella, Coleman and Sally. Rob has coached over 50 youth sports teams. He is an avid reader and an enthusiastic supporter of the University of Virginia athletics. Rob enjoys memberships in the Federalist Society, the Sons of the Revolution, Sons of Confederate Veterans and the Society of the Cincinnati.  Rob resides in Richmond, Virginia, and is an active member of St. James Episcopal Church.